The World of The Lion's Crown

on April 25, 2017
Up until this point, I've primary written science fiction, but fantasy and science fiction are two genres that have become closely associated despite their apparent differences. This is because they are "speculative fiction," a term that encompasses any tale that takes place in a world that is not our own, whether that be a future in which technology has progressed beyond or to the limits of what is currently possible, a past in which things did not unfold as history describes, or a completely made-up fictional world.

The Lion's Crown (Amazon link), the first book of The Emberlyn Chronicles, takes place in the last of these settings, as does much "high" or "epic" fantasy. Today I'd like to share with you some details of that world without, I hope, revealing too many spoilers. 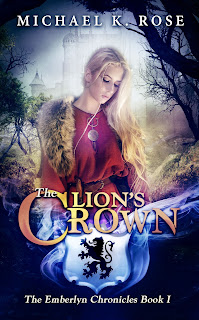 Let's begin with "Earth" as it exists in The Emberlyn Chronicles. What makes the setting unique is the presence of the Hobswood, a vast, nearly impenetrable forest in the center of the landmass that the characters call home. It lies between the kingdoms of Emberlyn and Gronstave--frequent enemies who currently recognize an uneasy truce--and it is completely ringed by a dark, forbidding swamp. This is the Bleaklands, and the peasants who live along its edge are called Bleaklanders. They scrape together a meager living by working the land--which is owned by local lords--and digging peat from the bog, which is used as fuel and sold to merchants traveling the Peat Road, which runs from the major cities of Emberlyn to the villages along the Bleaklands.

The characters who go in to explore the Hobswood all come from the Kingdom of Emberlyn. It is named for the Ember Lion, a legendary creature that the royal family believes was responsible for their ancestor's victory which united the warring Eastern Kingdoms into one country. Emberlyn's capital, Granisle, is dominated by the castle that sits on an island at the confluence of two rivers, the Stout and the Deerford. To the east is the Oulfeist Sea, and what lies beyond it is a mystery.

The great Hobswood Forest covers much of the eastward-jutting peninsula that Emberlyn sits upon. To the west of the forest is the Kingdom of Gronstave. While Gronstave is mentioned only in passing in The Lion's Crown, it will come to play a more important role in the sequels, The Lion's Crypt and The Lion's Court. To the west and south of Gronstave are desert and jungle lands. If Emberlyn and Gronstave can be understood as "European," these lands are roughly analogous to Africa and the Middle East. There is some contact and trade with the people who live there, but little is truly known of the cultures and civilizations in these lands.

Now, concerning the Hobswood Forest itself. The interior is a mystery at the beginning of the novel, and I don't want to reveal too much; I think it will be more fun for readers to make those discoveries along with the characters. What I will say is that there are people in the Hobswood, but they are unlike those who live outside the forest. They have been embroiled in a generations-long war, and it doesn't take long for the book's protagonists to get caught up in the conflict. The forest is also home to the Ember Lion, which our main characters discover is much more than a myth.

The characters who make up the expedition are:

Penelope "Penny" Blackmoor - a Bleaklander living along the edges of the bog.
Sir William Carlyle - a knight, the leader of the expedition.
Owen Blackmoor - Penny's brother, who went into the Hobswood as a child. He returned after two weeks, but he came back a "fool," as the Bleaklanders say. Even though he is now an adult, he appears to have the mind of a child. As the only living person to enter the Hobswood and return, he has been ordered to accompany the knights. Given his condition, Penny refuses to let him go unless she can also join them.
George Ashberry - A Bleaklander in love with Penny. When he learns Penny and Owen are joining the expedition, he convinces Sir William to let him also go along.
Sir Harold Swift, Sir Stephen Laurenge, Sir Alfred Pierce - the other knights accompanying Sir William.

There are more key characters you'll meet once the explorers enter the Hobswood, but I can't say too much about them without giving away spoilers.

You'll learn much of this information while reading The Lion's Crown, but I hope that this little primer about the world of the story will help cement some of the settings in your mind. I drew a crude map for my own purposes, but it's not very presentable. At some point I'll create one I can share with you all.

Until Next Time!
Michael K. Rose

Click here to order The Lion's Crown from Amazon.
It's just 99¢ through the end of April! 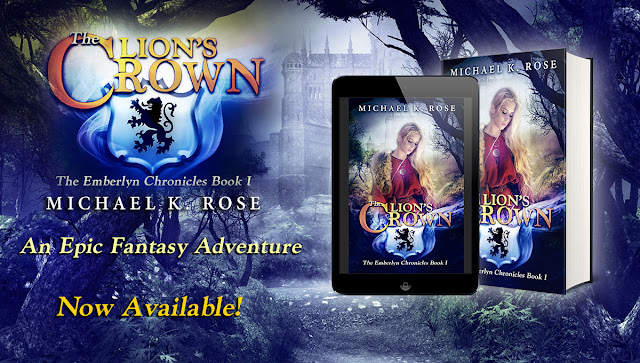 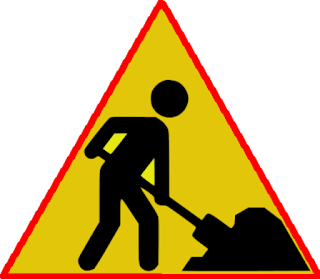 This website is currently being renovated. Please check back soon!